The Eagle's Voice • May 27, 2020 • https://crhseaglesvoice.com/924/features/decembers-senior-spotlight-reece-chevalier-and-karleigh-stout/ 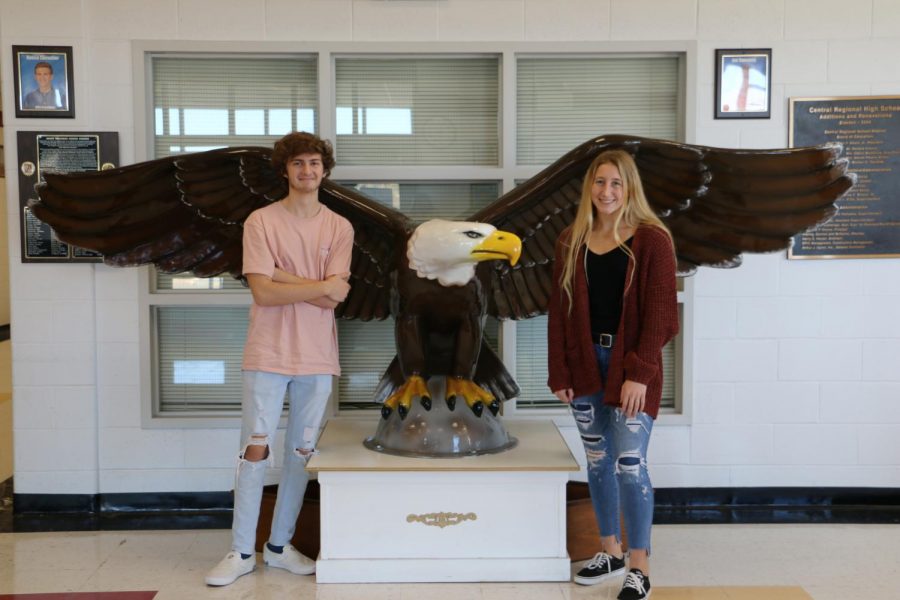 Reece Chevalier and Karleigh Stout are December's Seniors of the Month.

Karleigh Stout is one of the most driven students to ever grace the halls of CRHS.  As a result, she consistently rises above challenges and exceeds expectations.  Her academic achievements earned High Honor Roll and college credits while enrolled IN the Humanities Academy.  She was inducted into Math, English, History, and National Honor Society.  She has been recognized for maintaining the highest GPA overall for Physical Education (grade 10), Honors Pre-Calculus (grade 11) and Honors Physics (grade 11).   She also received an Academic Letter since grade 9.

Karleigh’s incredible work ethic is evident outside the classroom.  She played varsity softball all four years.  She was the Most Improved (grade 10) and MVP (grade 11).  Last year, she was recognized as 1st Team and Player of the Year for A-South.  She was 2nd Team All Shore Conference and led the Golden Eagles to AN A-South Championship as a captain.  As a four year varsity swimmer and captain, Karliegh’s accomplishments in the pool include Rookie of Year (grade 9) and MVP (grade 10, 11).  She has been a County Finalist and Shore Conference Finalist throughout her career, and she was a Junior Olympic Qualifier.  In addition to athletics, she served as the Public Relations Officer for the Class of 2020.  She participated in NJSIAA Senior Leadership Summit this past fall.  She volunteered with the Special Olympics, Relay for Life, Polar Bear Plunge, and ALS Walk.  During the summers she worked with Seaside Park Beach Patrol as a life guard.

Karliegh would like to pursue a degree in Math or Business and continue playing softball at the collegiate level.  She was accepted to Penn State for Early Action.

Reece Chavalier took advantage of the Choice Program and immediately made a positive impact on everyone at CRHS.   He excelled academically and accumulated college credits while enrolled in the Humanities Program.  He earned High Honor Roll and an Academic Letter since ninth grade.  He was recognized for the highest GPA overall in Chemistry.  His high marks and involvement in the school and community earned him induction to the National Honor Society.  He qualified for the AP Scholar Award and AP WE Service Recognition.  He also participated in the Stevens Institute of Technology Math Olympiad.

Reece has matured into an exemplary leader.  Even when faced with setbacks, he continues to figure out ways to improve.   He initiated and founded the Astronomy Club as a tenth grader.  He was part of the core group of students who started the Rocket Club last year.  He served as President for both these clubs.  He was also elected President of the National Honor Society this year.  Reece participated in the Science League.  He has been very involved and influential in the Class Council for the Class of 2020.   Outside of school, he coached basketball in the Manitou Park Summer League.  He led the team to a championship and received the Coach of the Year Award.

Next year, Reece intends to pursue a degree possibly in Engineering.